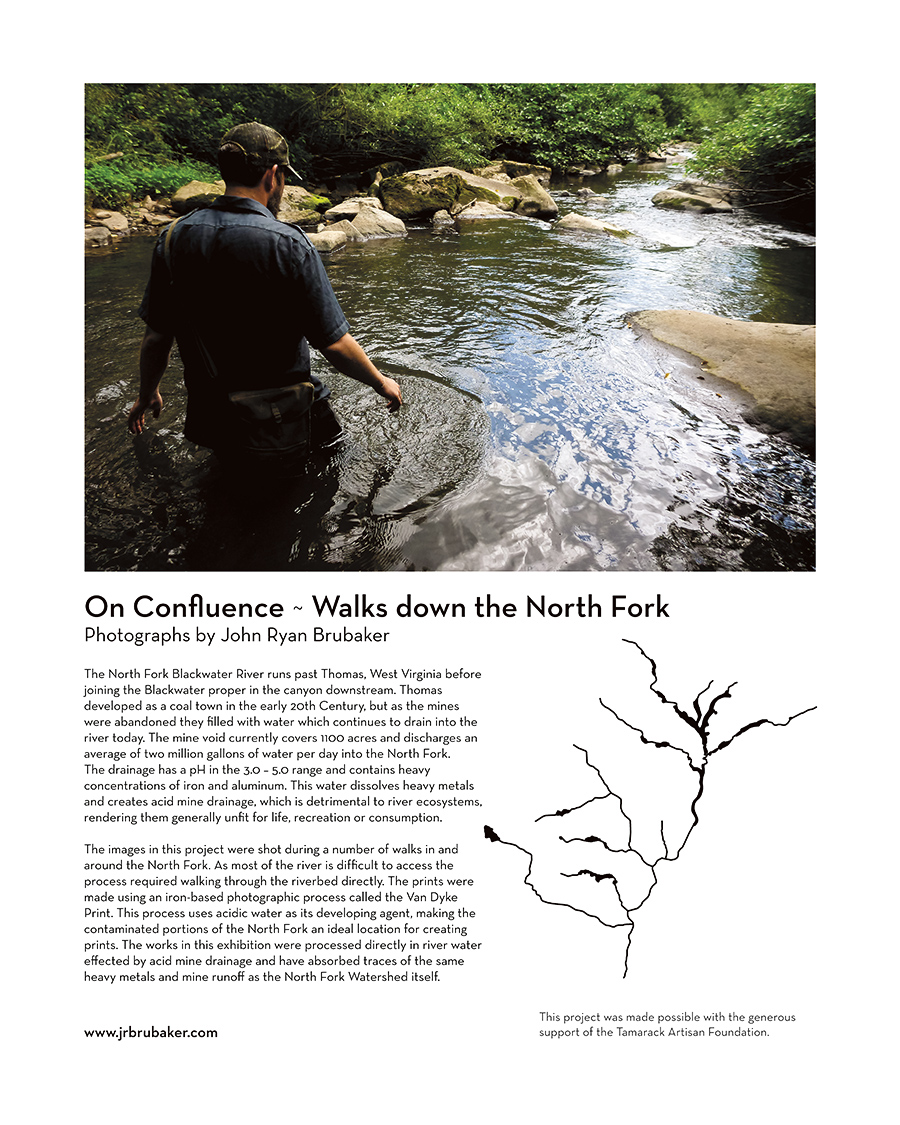 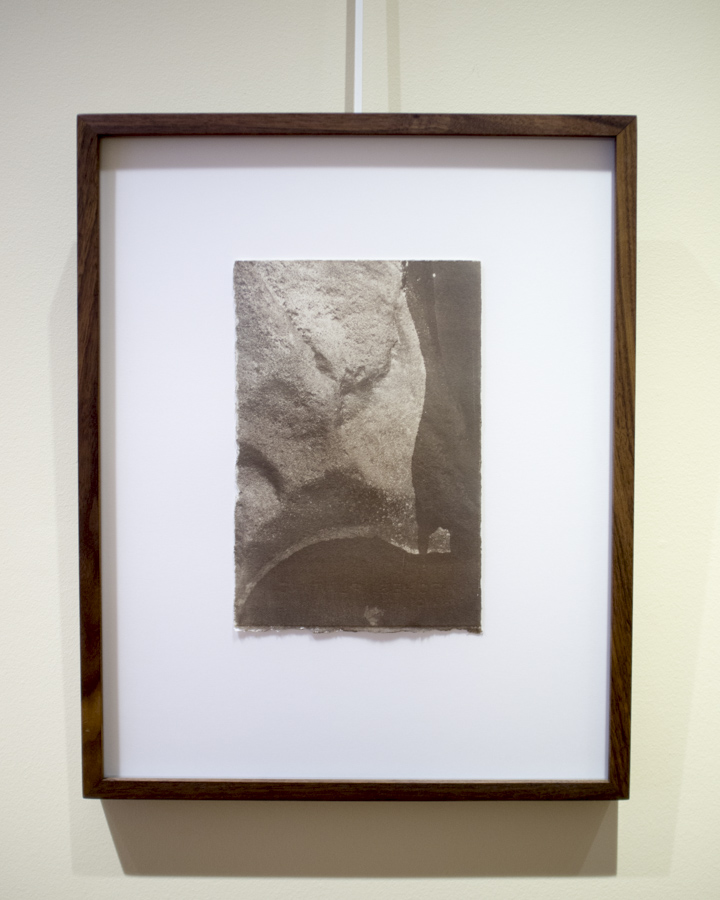 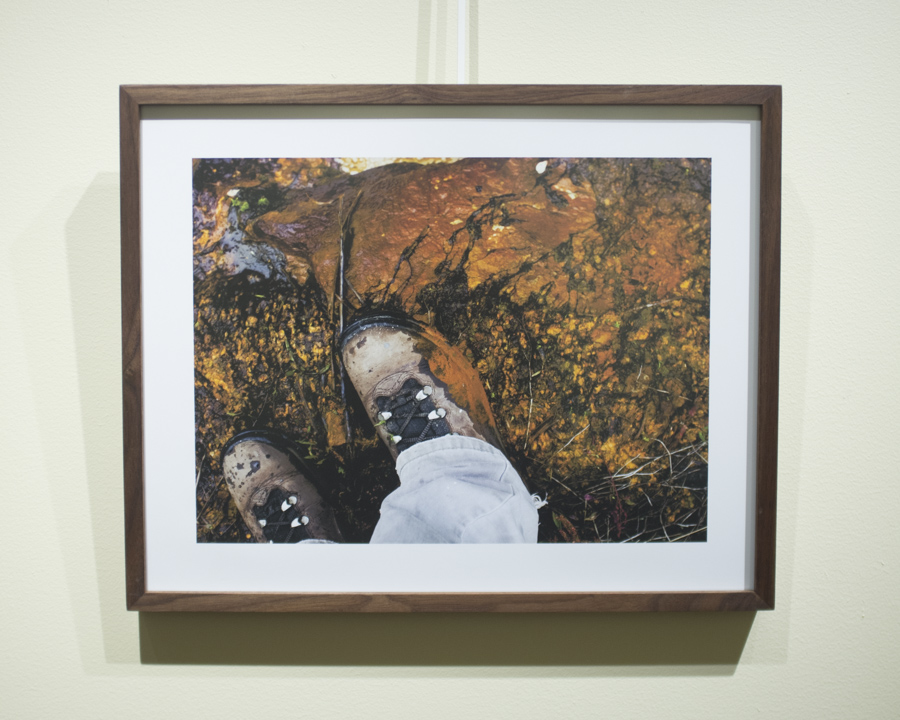 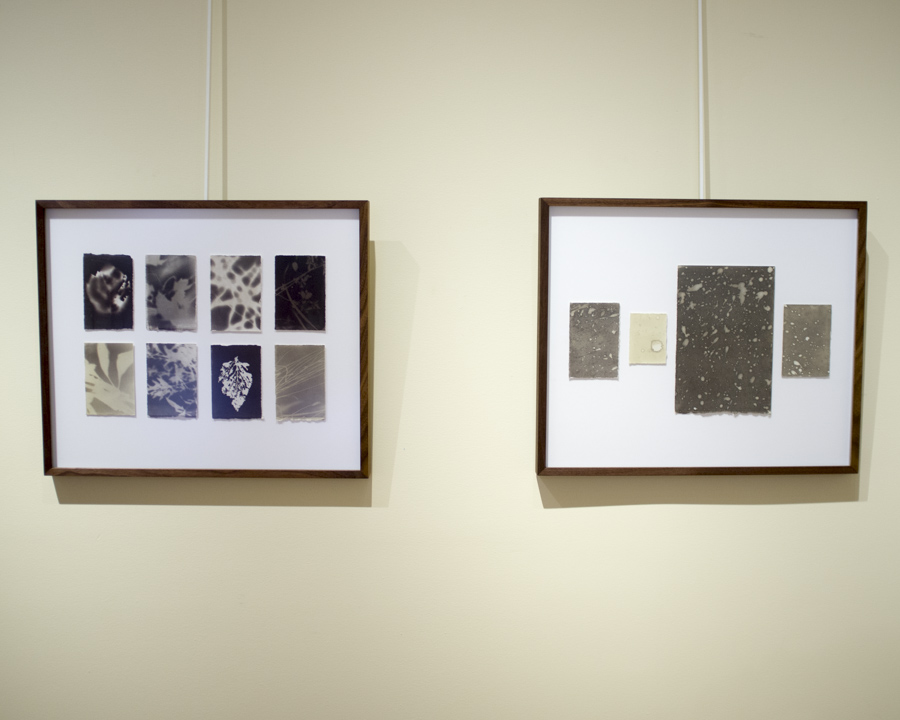 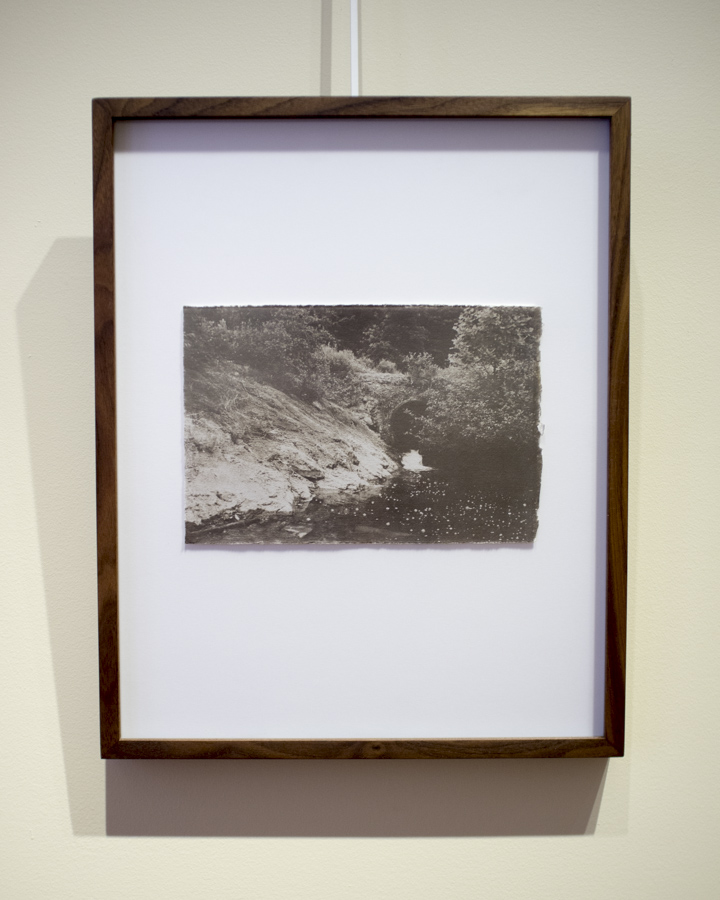 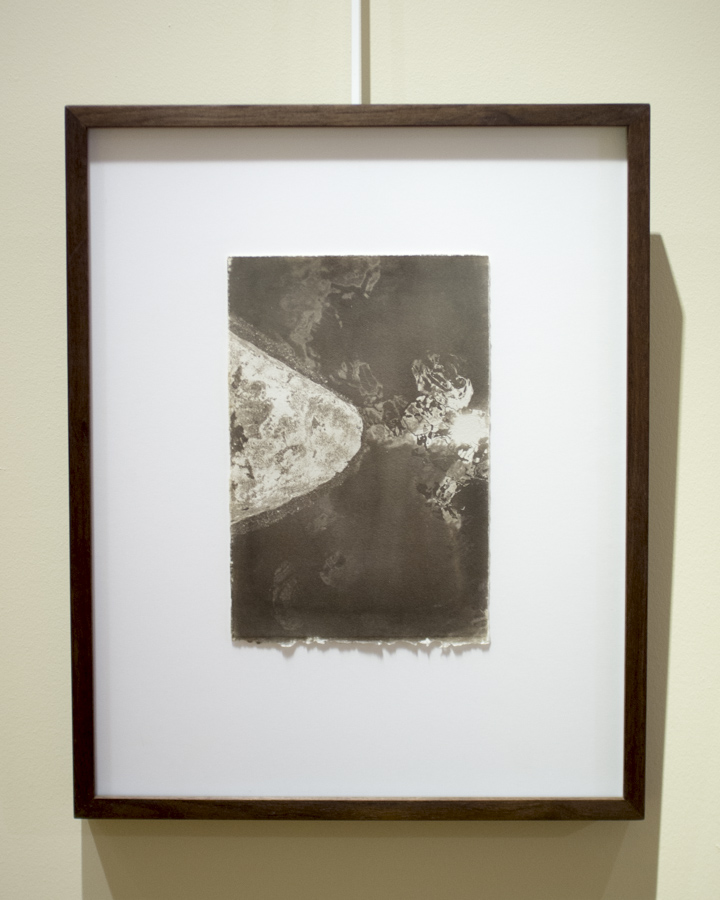 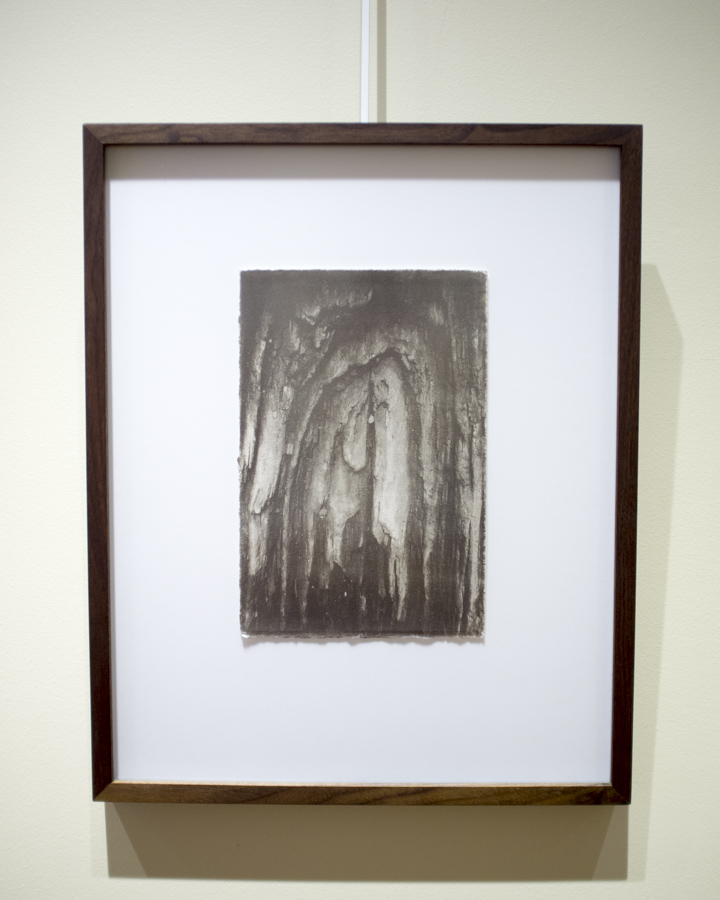 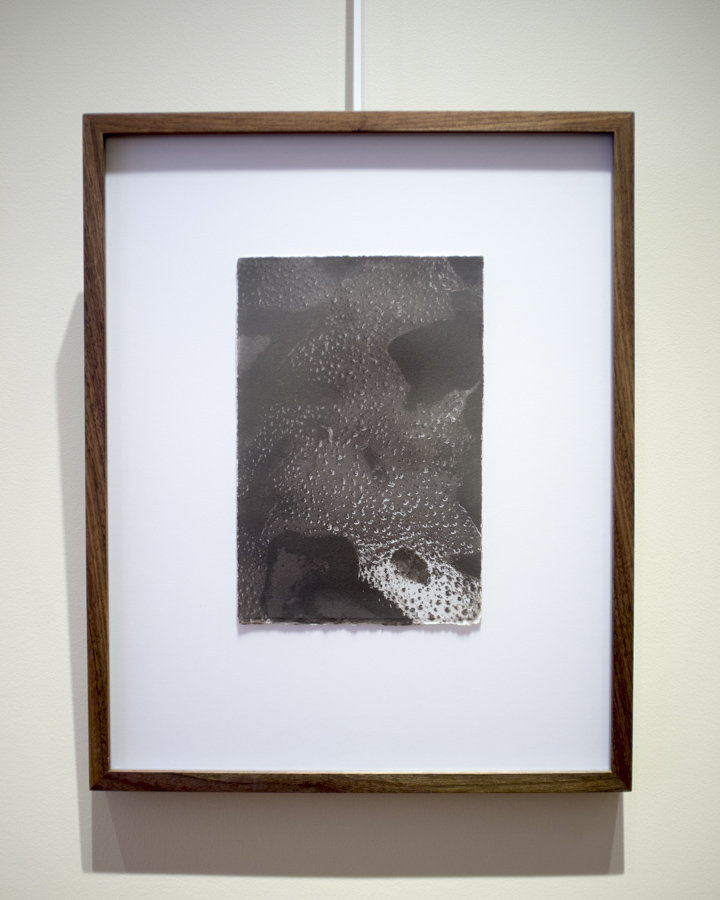 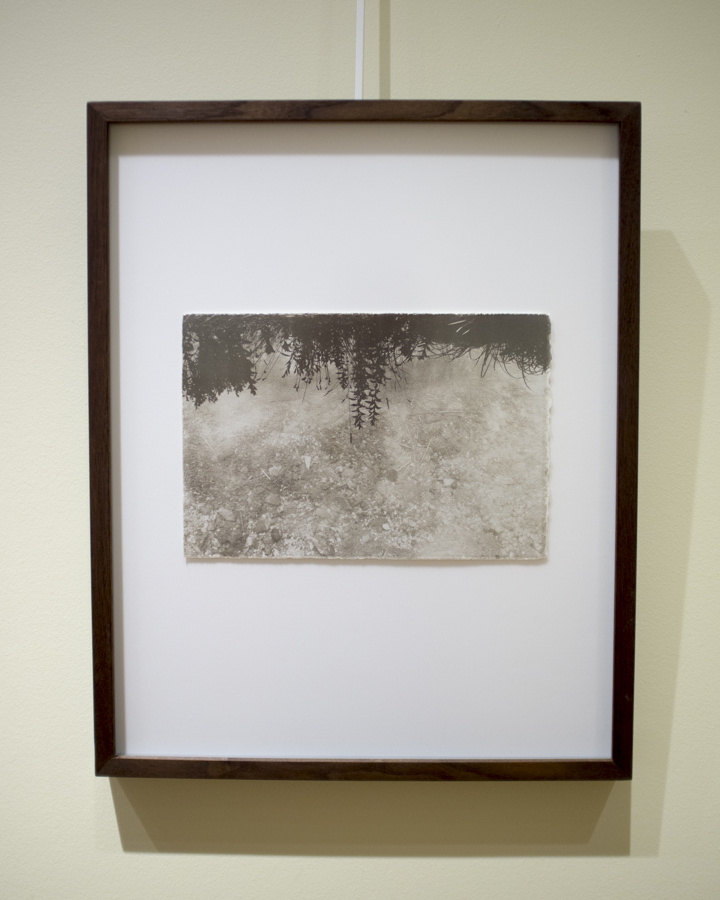 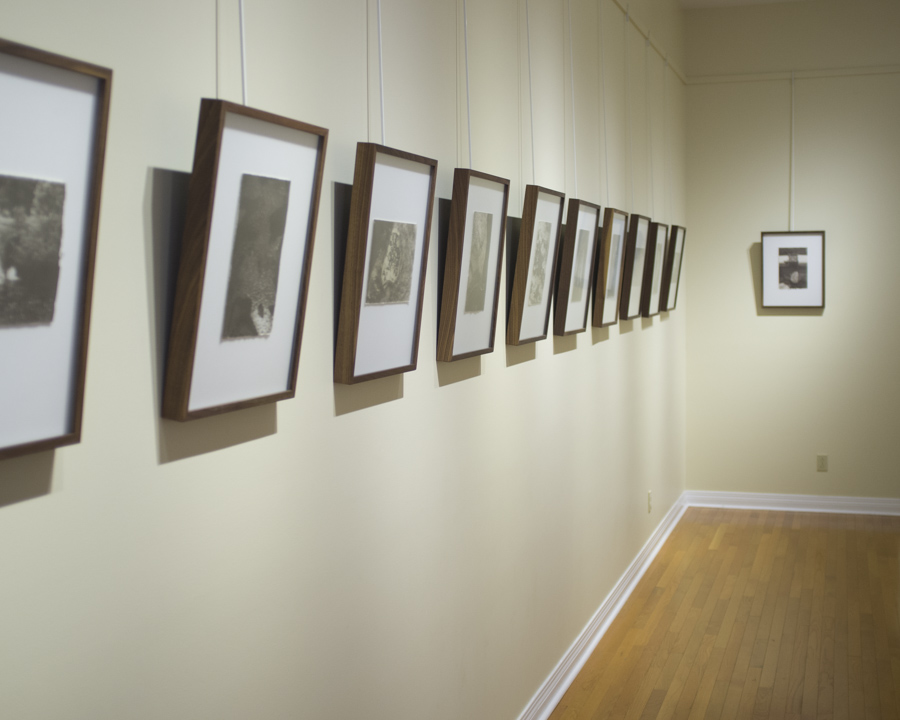 On Confluence
Walks down the North Fork

The North Fork Blackwater River runs past Thomas, West Virginia before joining the Blackwater proper in the canyon downstream. Thomas developed as a coal town in the early 20th Century, but as the mines were abandoned they filled with water which continues to drain into the river today. The mine void currently covers 1100 acres and discharges an average of two million gallons of water per day into the North Fork. The drainage has a pH in the 3.0 – 5.0 range and contains heavy concentrations of iron and aluminum. This water dissolves heavy metals and creates acid mine drainage, which is detrimental to river ecosystems, rendering them generally unfit for life, recreation or consumption.

The images in this project were shot during a number of walks in and around the North Fork. As most of the river is difficult to access the process required walking through the riverbed directly. The prints were made using an iron-based photographic process called the Van Dyke Print. This process uses acidic water as its developing agent, making the contaminated portions of the North Fork an ideal location for creating prints.

The works in this exhibition were processed directly in river water effected by acid mine drainage and have absorbed traces of the same heavy metals and mine runoff as the North Fork Watershed itself.